Posted on October 4, 2015 by eirelandscape 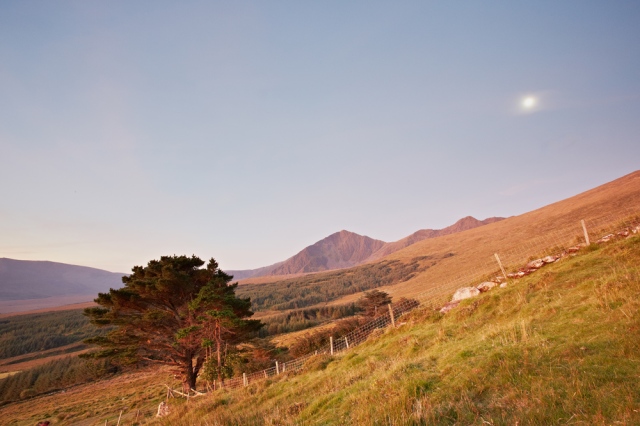 Another road trip around Ireland. This time into the Dingle in county Kerry. County Kerry is also know as The Kingdom. Upon our arrival in early hours, in fact still an hour before sunrise, the Moon was still visible over Brandon Peak. This instantly gave me an idea (also somewhat the movie Moonrise Kingdom) for this blog.

We started to climb up, Mt. Brandon was our goal, but unfortunately I quickly had to retreat with sharp pain in my knee. So we split, my friend continued to climb up, I went back to car – we made a plane I will meet him on other side of mountain.

I drove over to Conor Pass, stopped at small car park near waterfall. Only due lack of rain in recent days waterfall was reduced into dripping tap. Nevertheless, quick walk up and I ended in the most serene and quiet place ever. Loughdoon is small lake above Conor Pass, it’s amphitheatre scenery is echoing every sound. 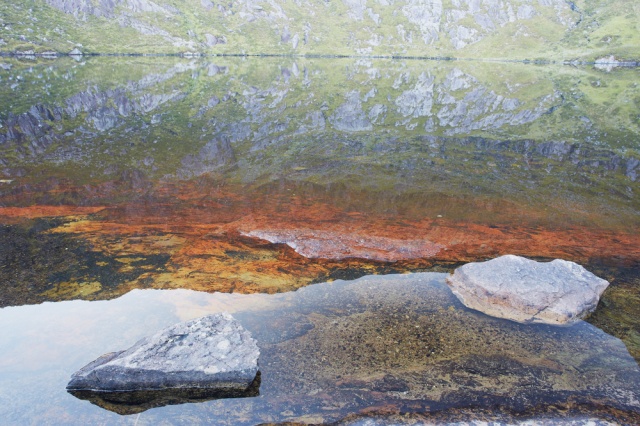 Also on particular place along the shore, there was this beautiful red coloured partly submerged. Together with exposed rocks, and reflection of far cliff, it made amazing colourful picture.

I was there alone for few minutes – it was still early morning, when few people appeared out of nowhere. They were shooting commercial for new clothing brand, which name I forgot.

I always like to spend long time in places like this, wandering around, looking into different perspective and angle, only to found the most intricate details down at footsteps.

Time was pressing on, so one more shot from above. The view down to Conor Pass is much better than from car park bellow, even it’s requires slight steep climb. Yet only very few people who stopped there made the effort to do it. I wonder why – just being lazy or dumb? 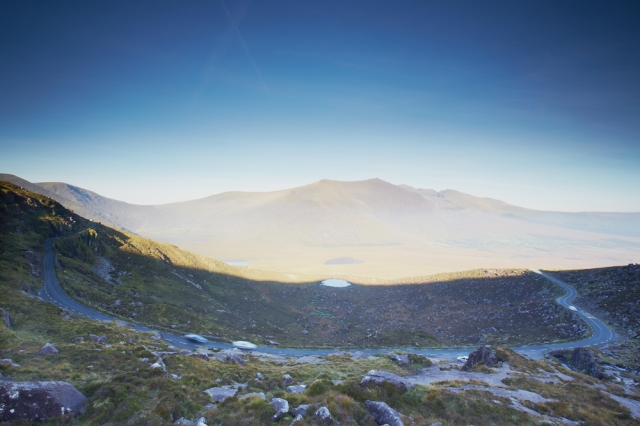 I set of, drove over to Dingle, checked in into the best B&B ever-http://www.milestonedingle.com/ and met my friend.

We had some lunch in one of many pubs in Dingle and set for coastal drive, along the Slea Head. In weather like we had it’s splendid drive, view across the bay to Iveragh peninsula, unfortunately a bit hazy so it was clear visibility. Still, just on horizon Skelligs, Blasket island and beyond Atlantic ocean.

This part of Dingle is dotted with places of ancient Irish history. One of them are beehive huts and Galarus oratory.

Further up the road was one of the places I personally wanted to visit and take some photos – Dunquin pier. The village of Dunquin is the most Westerly populated place in Ireland (apart from island on coast). Sadly, this iconic place is one of those where different angle is difficult, if not impossible. Anyway, I manage to take few shots. 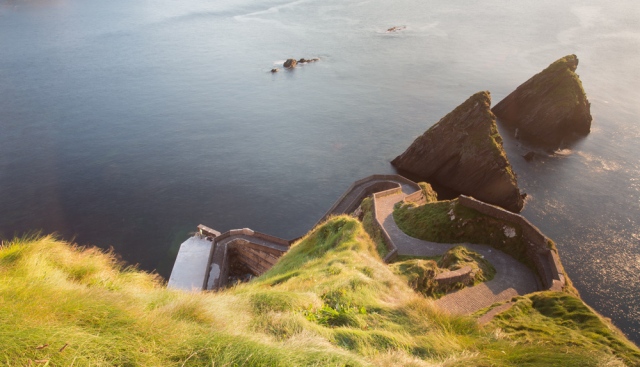 We went further towards cliffs of Waymont. This offers view of one of Blasket islands – The Sleeping Giant. As said before, clear sky with no clouds and haze didn’t provide any dramatic sunset scenery, but we had to do with what provided. 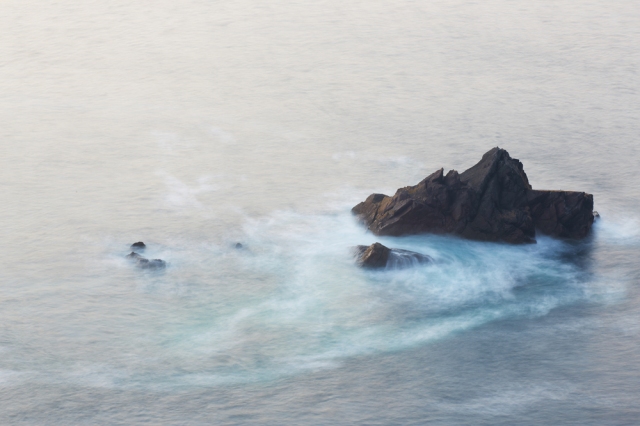 The next morning weather wasn’t photography friendly – no clouds and more hazy then yesterday. We drove over to Conor Pass again. With friend’s help we got better view, not the usual car park spot. 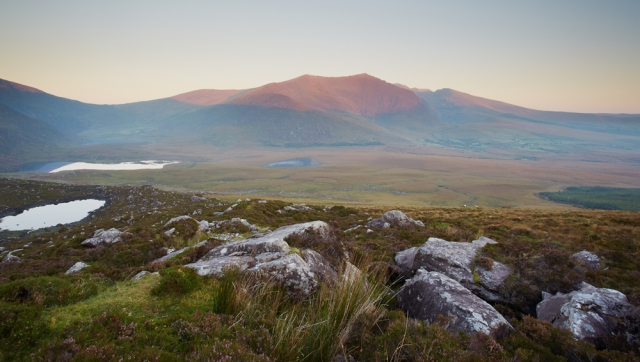 With my friend dog wandering around, once he sat right in frame, so I quickly got snapshot, but nothing to compare with his photos. Check his page : http://kerryviews.com 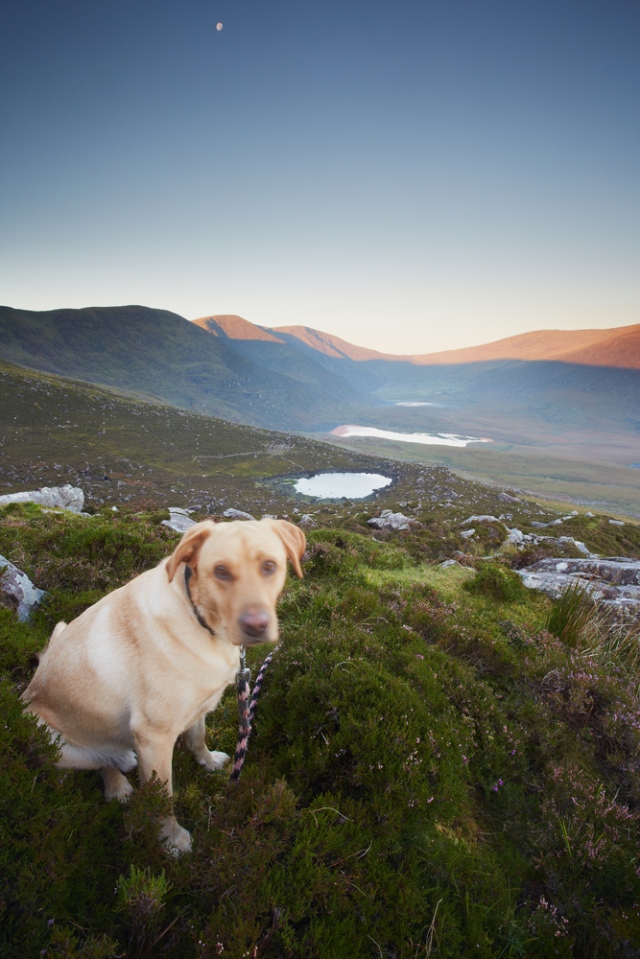 Some few last photos before sun was too high and cast strong light, and we ready for breakfast.

After royal breakfast (we are in Kingdom after all), chat with owners it was time to pack ourself. But before we head to Coumeenoole beach, one of the most beautiful beaches in Ireland. It was almost summer day, even date being 1st October. Sun, no clouds, low tide – perfect day on beach.

Despite the desperate photographic condition I manage to found small cove, sheltered in shade, away from harsh sun, and got some interesting details. 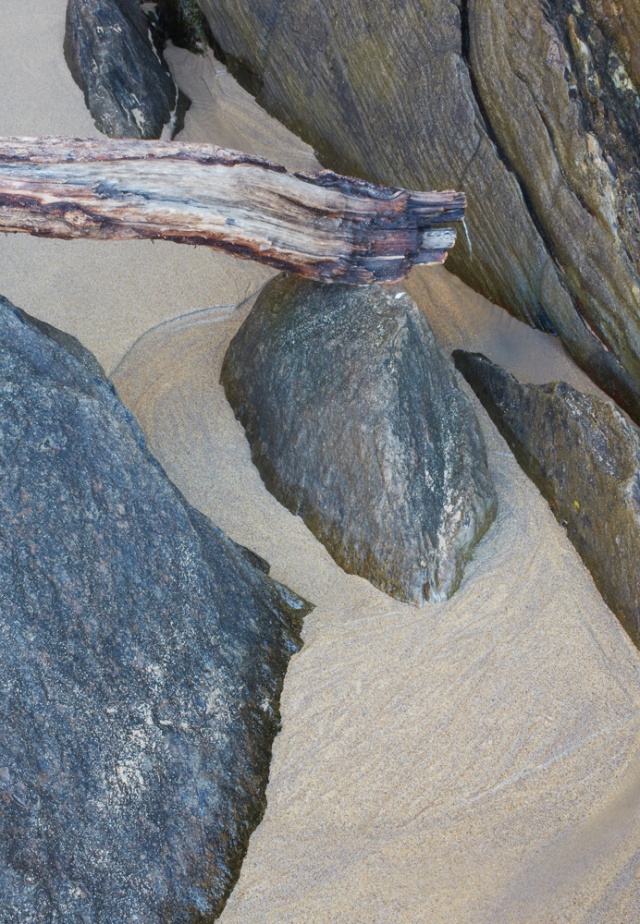 After that, final farewell. But we were treated truly royalty – each of us was given framed picture, courtesy of our new friend. What a guy! This whole trip – despite the initial hiccup turned out to be one to remember and to return.

For now on, back to daily routine.